This is a continuation of the previous Chapter of the Sex Diary of a Desperate Housewife. Read Chapter 1 here.

In this article, we uncover the dirty secrets of a housewife who is left all lonely after her husband is off to work. HotSensualBangs presents to you her diary.

Her moaning was deep and animalistic almost like a growling as his hands stroked places on her body she’d never imagined of having such thrilling effects.

Her long legs wound across his muscled taut back as he bent over her body whilst laying teasing butterfly kisses on her navel and stomach.

Her hands clutched the sheets with such intensity, her body throbbed with excitement and expectancy as she felt him against her furnace of desire.

Oh my! Oh yes!!! She screamed silently in her head. His hands molded and massaged her skin sending fresh desire through her like the rush of an open dam.

Ebo looked into her wide pleading passion stained eyes and whispered back, ‘Baby, wake up!’ She looked at him in confusion and he repeated it again.

Ebo’s face silently melted away like a fog being cleared by the morning sun to reveal Nana peering at her face.

It was a dream! Oh God! Ama agonized silently as her husband continued looking at her. He smiled.

‘Wow! That was some dream you were having! You were moaning even in your sleep! Was it about me?, he asked.

Ama rubbed her eyes to hide the lie, ‘Of course honey. Who else could it have been about?’ She stretched and gave him a hug and realized he was already dressed for work. ‘What time is it?’

‘Almost 8. I have a shareholders meeting this morning at 9.’

She smiled impishly and reached for his tie and slowly started loosening it.

‘Hmm…that gives us a whole hour to do something memorable for your day.’

His hands slowly pushed hers away and he straightened his tie. ‘Babes, I have a conference call before then with all the partners. Rain Check?’ He kissed her cheek.

It’s been three days of Whatsapping Ebo Smith. I just need someone to talk to and so far he’s been there. I know my attraction to him is unimaginable but our chats have really been such an outlet for me.

He really listens to me. He is funny and I find myself talking to him about anything. I have never complained about my marriage wahala to him because I don’t need to.

Our friendship if I should call it that is a friendly one and very innocent. I dreamt about him today though.

Nana is home. This morning I tried and failed. He had a meeting. Rejection be what!

Another day is here. Hmmm

Ebo came to check on the a/c’s today. He looked yummy even in his work clothes. I must have lost my mind. I went into the kitchen and there he was.

I wanted to see how he felt like so i intentionally brushed against him as i walked past him to the fridge. I hope i didnt burn his skin because my body was soo HOT! Lord forgive me!

Friday night was spent at The DragonFly pub with her girlfriends till 12am when she collapsed on the bed. Slightly tipsy from the nights cocktails and shooters, Ama lay spread eagled on the bed. She stared at herself in the mirror above the bed.

It was her idea for this installation. A little something to spice up their lovemaking sessions. The mirror didn’t get to see much.

She curled herself into a ball and tried to bring back the dream from days past. It didn’t come. Her phone pinged from somewhere within her clutch which she had thrown somewhere on the bed.

Ama’s fingers paused on the touch screen. Her alcohol befuddled brain was not thinking straight and she knew it. But she didn’t care. She continued.

Ei you, I don’t know where you live.

Hm. I am at RingWay Estates in Osu. Just behind the Shipping Club House.

Oh ok. I know there. Will come and visit you o! She playfully suggested.

No response. 5 minutes still nothing.

Another 5 minutes went by. She started feeling bad. Maybe that was a bit strong? The ping came.

Sorry! I went to close up the house. Oh really? Ok. I will expect you then. Give me a call when you are around.

Was I drunk last night? I told Ebo I would visit him today. What am I doing? It’s an innocent visit. It’s only fair I know his house as a friend should. That’s all I am doing.

Saturday afternoon. Hair fixed in loose Brazilian curls, wearing an African print summer dress, Ama called her mom to cancel her visit and promised to make it up to her and left Airport Hills towards Osu. She called Ebo and he directed her to his place.

He lived in one of those new apartments springing up all over the city. As she climbed to the first floor, Inner Ama chose that moment to query her. WTH AMA! What do you think you are doing?

You know you have a weakness for this guy and you are risking your marriage as wel! I am not. We are just friends and he knows I am married so I doubt very much he would attempt anything. Oh really? What about yourself? Would you not attempt anything? She didn’t respond.

He was in apartment 5E. She stood in front of the brown door. She fixed her hair and hesitated. Her heart hammered and she licked her lips.

The shrill sound of her phone from her handbag stopped her hand at about an inch to the door.

Ah! Who is that, she silently muttered.

Strange. Nana never called at this time of the day. She moved away from the door and answered in a normal tone of voice as much as she could muster.

He sounded worried. ‘Hey, where are you?’

‘Um..somewhere in Osu. I came to do the salon. You know me and my hair issues. Why whats up? How is your meeting going?’

‘Listen, I just heard something. I have cancelled the meeting and just arrived at Kotoka. The driver is coming to pick me up. When will you get home?’

Wow! He sounded serious! What could be wrong?

‘Oh, I should be home within the next 30minutes if traffic is light.’ She replied nonchalantly.

She ended the call and looked wistfully at 5E. She whatsapped Ebo and explained of a sudden domestic emergency. Can the visit be postphoned? He was cool.

The drive home wasn’t a very pleasant one for Ama. What if he had found her diary and knew of her adulterous and lustful thoughts of another man?

Not possible she reassured herself. What if the maidservants had gossiped about seeing the A/C guy in the house one too many times? She would be so fired.

The gate swung inward as the car horn blared and the long drive to the house suddenly seemed like a 10mile journey to Ama.

As she parked next to the Range, she calmly breathed and told herself she wasn’t guilty of anything. Still her heart hammered. Traitor. She climbed upstairs slowly and opened the bedroom door to find her husband reclined on the burgundy sofa, one arm covering his eyes. Is he asleep?

He opened his eyes as she closed the door firmly behind her. Her silent footfalls on the Persian carpet moved towards him to his outstretched hand. He pulled her down beside him. His hands still held her hers as he spoke.

‘I heard something today.’

OMG! My phone has been bugged all this while and he has read all my whatsapp messages between Ebo and I!! I am doomed! Despite the insane thoughts screaming at her, her face still managed to remain composed.

‘I ran into Peter Osei during my trip. Remember him? Yeah, the best man. He told me something today which struck fear into my heart.

He said he had returned home from a business trip one day to find an empty house and an emptier wardrobe and a single paper lying on the dining table waiting for him. His wife Rosie had left him.

Ama, the guy was so distraught and I couldn’t help but ask him what happened because Peter and Rosie were like the best couple I have ever known since Uni days when they started dating until they got married and were still the best couple still.

He had tears in his eyes when he recounted the contents of the letter. Rosie said he never made time for her and was having a more intimate relationship with his job than with her.

His time spent travelling was more than their moments together and that all the luxurious things he bought for her couldn’t bring the happiness she yearned to get from him. I felt so sorry for him. But then it suddenly struck me that this could have been me!’

Ama raised her head and looked at him. Nana cupped her face and said almost brokenly, ‘Baby, Peter’s story made me realise that I haven’t been there for you either.

I have been so busily occupied with work and totally ignored your needs in this marriage. I am so sorry and never meant to hurt you!

A shipping empire could be destroyed but true love remains forever. You are my true love and if one day this business collapses I know you will still stand by me. I have been such a fool to leave you alone and to have been concerned about the worries of business life.

I could have easily lost you too! I don’t want our marriage to breakdown and I want us to work very much and would want to do everything on my part to see it do so.

You have every right to be angry with me but please forgive me?’

Silent tears slid down her face as her husband pleaded for forgiveness. What could she say? Seconds passed as she silently listened to his wretched and heartfelt apology.

Through her tears she smiled and responded , ‘Nana, I love you and will always love you. Yes, I have been angry for some time and I have been lonely and frustrated. I missed you every day and I didn’t know how to handle a situation like this.

I faced trials and temptations like Rosie too but I am still here. I do forgive you wholeheartedly. This marriage will work with the two of us being there for each other in poverty or riches and in bad health or good.’ She kissed him and found his lips salty with tears.

He hugged her tightly. Caught up in his arms, Ama couldn’t help but wonder how this miraculous act could have happened.

What if she had gone in to see Ebo, would she have ended up like Rosie? To think she almost gave up on her marriage just to fulfill her traitorous lust. 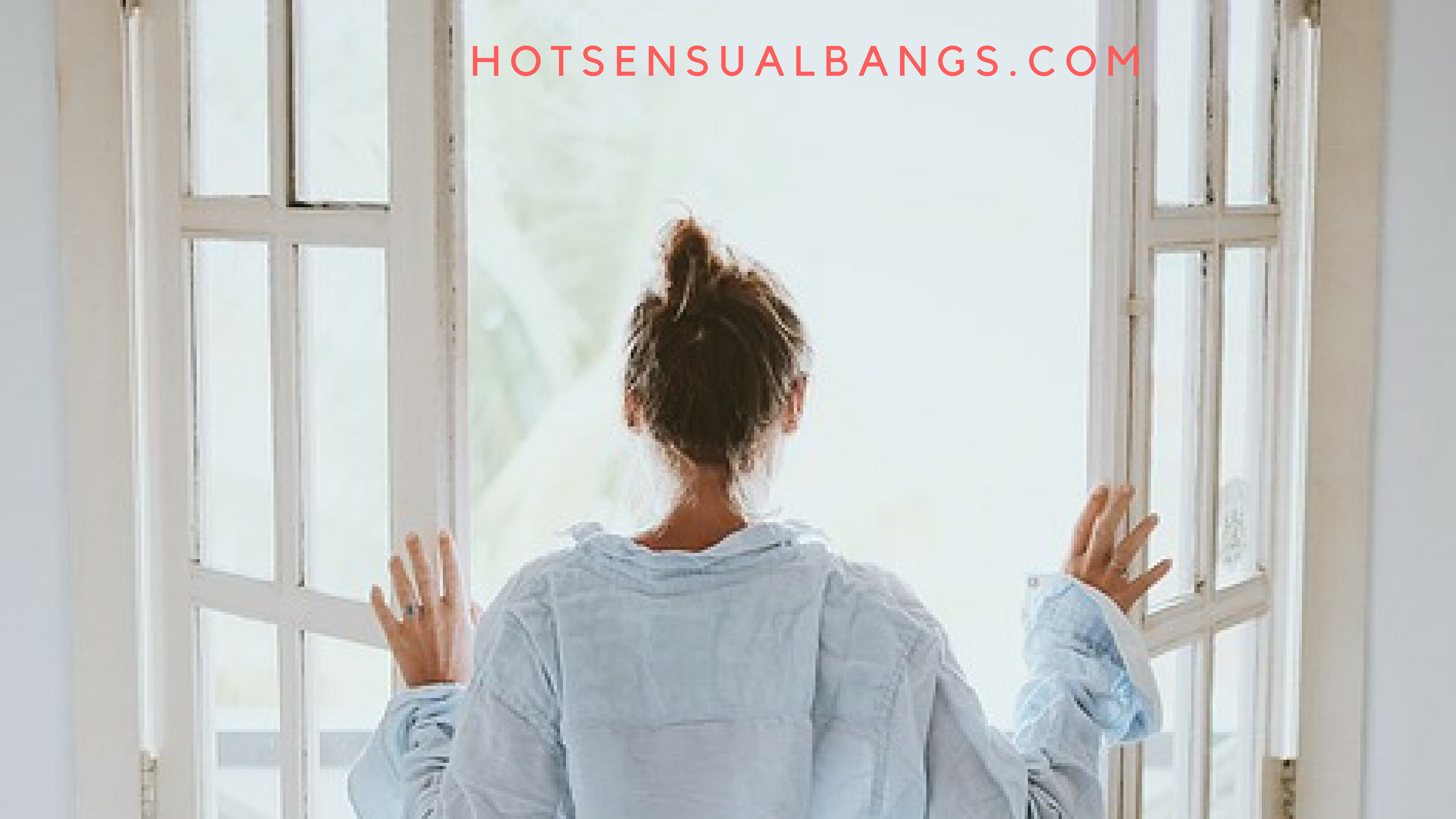 Moral of the story

Money cannot buy true happiness. All the possessions in the world can’t replace intimacy in your marriage. People not Possessions matter. Men love your wives as yourselves and wives respect your husbands.

There is nothing in the world like the devotion of a married woman. It is a thing no married man knows anything about. – Oscar Wilde